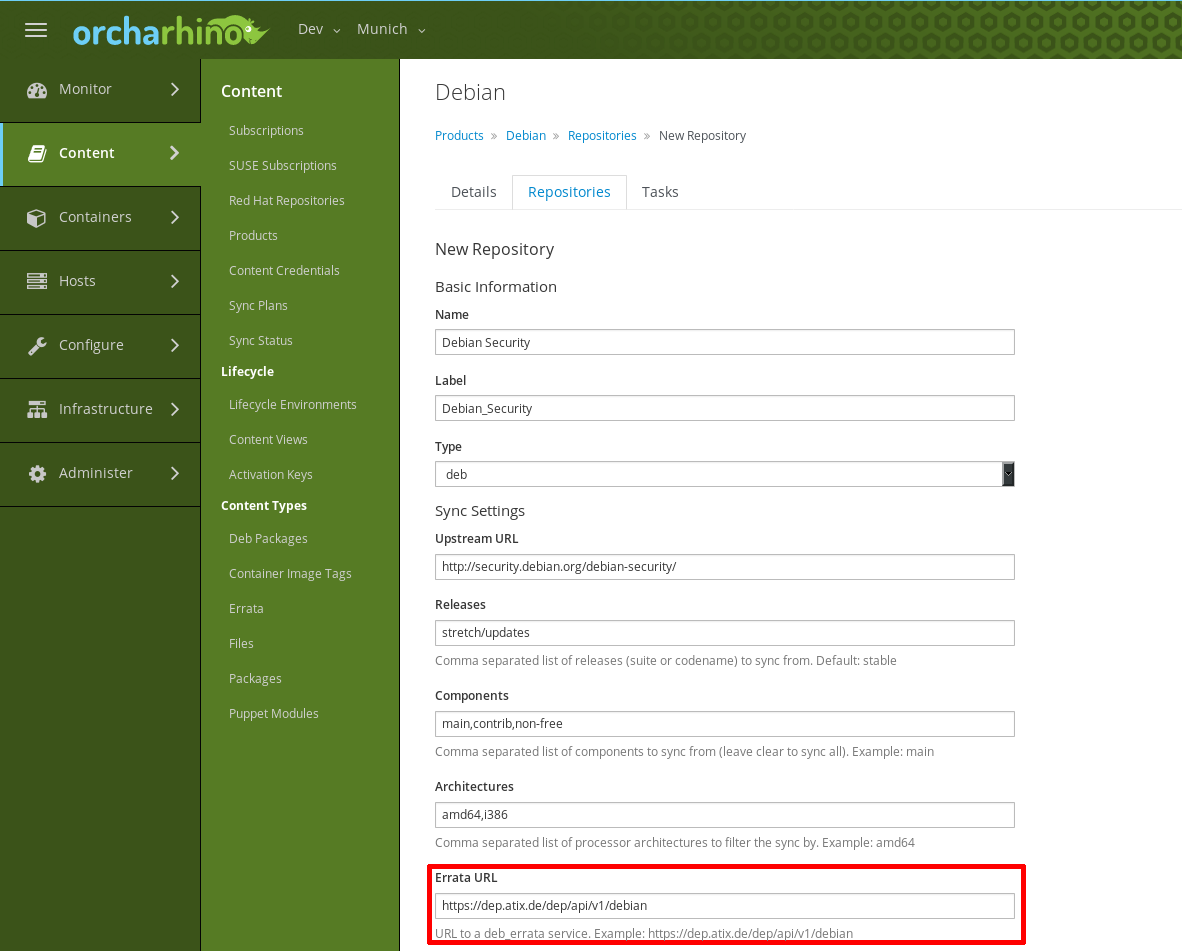 The Debian/Ubuntu Erratum service of ATIX is now Open Source!

Improving Debian and Ubuntu support in orcharhino has long been one of the main concerns of the ATIX crew.

The introduction of Debain/Ubuntu Errata in orcharhino version 4.0.0 was an important milestone.

To use this feature, the Debian/Ubuntu Erratum service provides regularly updated erratum lists.

The source code underlying this service has now been released by the ATIX crew on GitHub under the GPLv2 Open Source license (parser and server). First inquiries about this were already made at the Open Source Automation Day 2018 at the official presentation of orcharhino 4.0.0 – furthermore it is a matter of course for us as an Open Source company to make such an innovation available open source.

An „errata parser“ that generates errata lists from the Debian Security Announcements (DSA) and the Ubuntu Security Notices (USN), and an „errata server“ that provides them via an HTTP interface.

These two parts each run in a separate Docker container, which interact with each other via a Docker volume.

The parser is written in Ruby, the server in Python (with twisted and asyncio).

The graphic shows how the erratum service is addressed in orcharhino:

By publishing the source code, we want to generate added value for the entire open source community.